The Conservatives and Labour hold different views on the future of England’s system of school accountability by Progress 8. However, both parties’ thinking is at odds with the research evidence.

Over the last 30 years, successive governments have held secondary schools to account for their GCSE results via national school performance tables (for a review see Leckie & Goldstein, 2017). In 2016 the Conservatives replaced their longstanding ‘5A*–C’ school performance measure – the percentage of pupils with five or more GCSEs at grade C or higher – with Progress 8, a ‘value-added’ measure of the average pupil progress made between key stage 2 SATs and GCSE. This long-argued-for shift in measuring school performance reflects the fact that simple school differences in GCSE results say more about differences in the types of pupil taught in different schools than differences in the effectiveness of the education provided by those schools.

The Conservatives, however, have repeatedly stated their opposition to making any further adjustments for pupil demographic and socioeconomic characteristics, despite a substantial research literature providing evidence in favour of such adjustments. In recent research we argued that Progress 8 is fundamentally biased against schools teaching poorer and other educationally disadvantaged intakes (Leckie & Goldstein, 2019). We showed how further adjusting Progress 8 for just seven pupil background characteristics (age, gender, ethnicity, language, special educational needs, free school meals take-up and deprivation) leads the national rankings of one-fifth of schools to change by over 500 places. We also showed that over 40 per cent of schools would move out of the government’s ‘underperforming schools’ category. We encourage readers to explore the Northern Powerhouse Partnership’s interactive map of this research, which shows how the Progress 8 score of every school in the country changes after these adjustments.

Labour, in contrast, would appear more sympathetic to contextualising schools’ Progress 8 scores, especially given that the last Labour government published ‘contextual value added’, a measure that did adjust for both SATs and pupil background. Thus, from the perspective of school accountability by Progress 8, Labour’s April 2019 announcement to scrap the key stage 2 SATs seems strange. Scrapping the SATs, while potentially addressing many concerns around their deleterious effects on schools, teachers and pupils, would also remove the most important adjustment made by Progress 8 – namely, the adjustment for prior attainment. It would in effect force a reversion to judging schools by average GCSE results. In our latest research (Leckie, Prior, & Goldstein, 2019), we take up this idea and show that even if Labour were to adjust GCSE scores for pupil demographic and socioeconomic characteristics, this would be a poor alternative even relative to simply adjusting GCSE results for the SATs, let alone the preferred approach of adjusting for SATs and pupil background. Put simply, Labour’s proposal to scrap SATs could leave us with a worse school-accountability-by-results system than that of the Conservatives.

Of course, the above arguments assume that both parties’ attempts, in government over the last 30 years, to judge schools off the back of school performance table results will simply continue unaltered. This excessive reliance on these tables has raised their stakes to such an extent that there are now many well-documented perverse behaviours associated with them, and the GCSEs and SATs that underlie them.

This blog is based on the article ‘The implications of Labour’s plan to scrap Key Stage 2 tests for Progress 8 and secondary school accountability in England’ by George Leckie, Lucy Prior and Harvey Goldstein, which is available on arXiv. 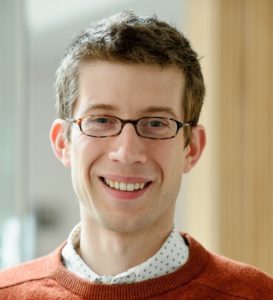 George Leckie is a Professor of Social Statistics and Co-Director of the Centre for Multilevel Modelling at the School of Education, University of Bristol, UK. His substantive interests focus on design, analysis, and communication issues surrounding school performance measures and league tables, especially the use of value-added models for estimating school effects on student achievement for accountability and choice purposes. His methodological interests are in the development and application and of multilevel and related models to analyse educational and other complex cross-sectional and longitudinal sources of data. George has published his substantial body of substantive and methodological research across a broad range of journals, including: Assessment in Education: Principles, Policy & Practice; British Educational Research Journal; Journal of Educational and Behavioral Statistics; Journal of Educational Measurement; Journal of the Royal Statistical Society, Series A; and… 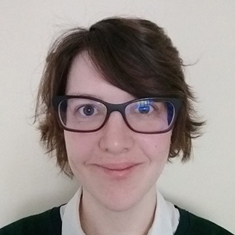 Lucy Prior is a research associate in quantitative methods in education at the School of Education, University of Bristol Her research interests include multilevel modelling, school performance measures, league tables and neighbourhood deprivation. 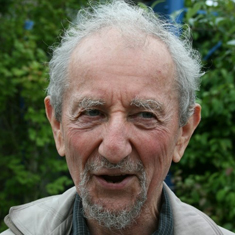 Harvey Goldstein is a professor of social statistics at the School of Education, University of Bristol His research interests include the use of statistical modelling techniques in the construction and analysis of educational tests, educational (school) effectiveness, the methodology of multilevel modelling and methods for handling missing data values and measurement errors using Bayesian modelling.